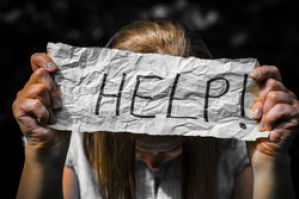 The Magdalen Hospital was established in 1758 in South London 'to provide women and girls on the streets a safe, desirable and happy retreat from their wretched and distressful circumstances'. In 1769, the hospital was incorporated as a charity by an act of Parliament and continued to offer a temporary home to girls and young women who wished to return to a respectable life. They were looked after by the charity which gave them a basic education and taught them a skill. In the 1930s, entrance for some became compulsory when the institution was also selected to receive girls sent to it by the Courts. 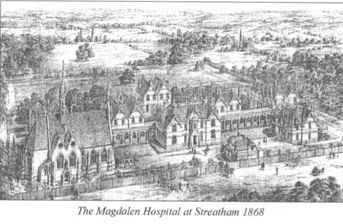 When the Magdalen Hospital finally closed its doors in Streatham in 1967, the 200-year old charity had helped more than 19,000 girls and young women to lift themselves out of a downward spiral and find employment that did not involve selling their bodies.

The charity continues today, albeit in a very different form, as the Magdalen Hospital Trust. The Trust was founded in February 1973 from the proceeds of the sale of the original Magdalen Hospital. The Trust no longer offers residential support itself but makes grants to promote the welfare of young people, under the age of 25 years, who suffer from various effects of social deprivation, abuse, mental and physical handicap, inadequate housing, lack of education or training, and the problems derived from unemployment and broken families.

The Magdalen Hospital Trust is a registered charity, Charity No 225878 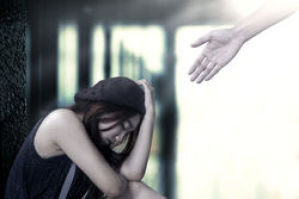